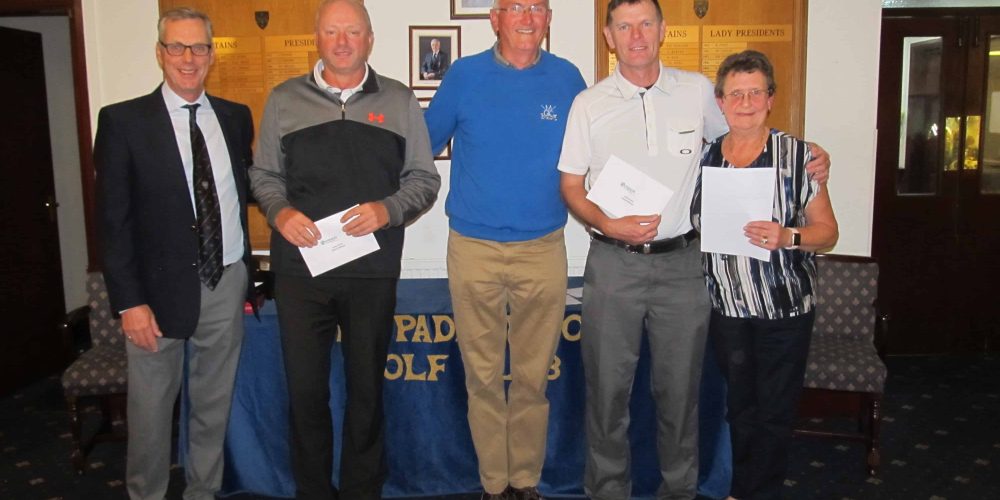 The event supported by North Wales Tourism and Flintshire County Council Leisure & Tourism attracted golfers from all over the Midlands, North of England and as far afield as Belgium.

“ As a voluntary group representing Padeswood & Buckley, Mold, Old Padeswood, Hawarden, Northop and Holywell Golf Clubs we have been working on this event for 12 months, we have been delighted with the response,  90% of the entries where visitors to the county who stayed locally providing a boost to local tourism” commented John Green of Gateway to Wales Golf.

“We would particularly like to thank all those members of each of the golf clubs involved who worked so hard on the day to demonstrate what welcome hospitality our visitors to Flintshire can enjoy”. 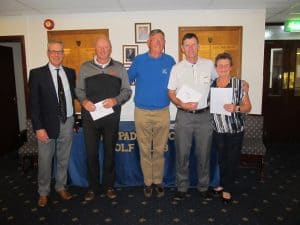 The three day aggregate prize of £150 and the title “The Leader Gateway to Wales 4BBB Champions 2018” sponsored by NewsQuest was won by James Davis & Paul Gerrard from Huyton & Prescott with 128 points.

This website uses cookies to improve your experience while you navigate through the website. Out of these, the cookies that are categorized as necessary are stored on your browser as they are essential for the working of basic functionalities of the website. We also use third-party cookies that help us analyze and understand how you use this website. These cookies will be stored in your browser only with your consent. You also have the option to opt-out of these cookies. But opting out of some of these cookies may affect your browsing experience.
Necessary Always Enabled
Necessary cookies are absolutely essential for the website to function properly. This category only includes cookies that ensures basic functionalities and security features of the website. These cookies do not store any personal information.
Non-necessary
Any cookies that may not be particularly necessary for the website to function and is used specifically to collect user personal data via analytics, ads, other embedded contents are termed as non-necessary cookies. It is mandatory to procure user consent prior to running these cookies on your website.
SAVE & ACCEPT